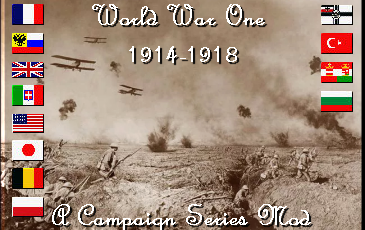 6 December, 1914
Qurna, Mesopotamia, 46 miles N of Basra. Two days before Great
Britain declared war on Turkey, November 5, 1914, five transports,
with a small naval escort, were off the bar of the Shatt al Arab.
This force, the Indian Expeditionary Force 'D', had primary
orders to secure the oil refineries, tanks, and pipeline in the
delta region. To this end Basra was captured after two brief
but sharp engagements with Turkish forces. At this point with
the remaining 6th Poona Division having arrived, General Barrett
thinking to consolidate his position, moved towards Qurna, at
the junction of the two rivers, Euphrates and Tigris, a logical
place to establish an outpost. Here the remaining Turkish forces
of the 38th division in hastily dug, shallow trenches faced off
a composite British force approaching across a flat open plain
utterly devoid of cover.

Scud Sat Sep 19, 2020 11:53 pm
Not for H2H.
Resolve then, that on this very ground, with small flags waving and tinny blasts on tiny trumpets, we shall meet the enemy, and not only may he be ours, he may be us. --Walt Kelly