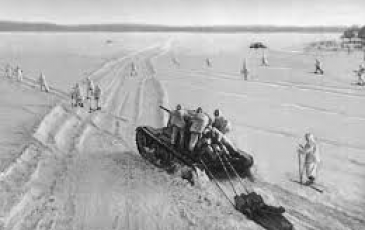 North of Msensk - Jun 28th, 1942 to Jul 2nd, 1942. XXXV Korp had been tasked to attack the reinforced Soviet 61st Army to the North. This was a difficult assignment with recent intelligence indicating that 3rd Tank Corp was held in reserve in the near vicinity. Belev was a town with outsized importance. It was a vital highway junction with one of the few heavy bridges across the Oka River. XXXV Armee Korp was to clear the town, capture the bridges and then to continue North. It was imperative to move with all haste as 4th Panzer Armee was launching an identical assault from the North with the aim of trapping all Soviet forces west of the Oka River. (Size, Medium) This is a good HTH or single player game for either side. A German Panzer Korp vs. a reinforced Soviet Army. The Germans need to breach the Soviet defences quickly to have a chance to clear and push along the highway. Both 4th Panzer & 25th Infanterie (Mot) Division will have to be used judiciously as there is a lot of territory to cover. The use of the 3rd Tank Corp & 9th Guards Rifle Corp will be key for the Soviet player.