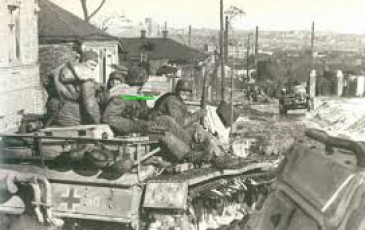 Cracking Izyum, Feb 2nd 1943. The 587th Infantry Regiment of 320th Division was tasked with holding the bridges over the Southern Oskol River. As the last German soldier crossed, engineers prepared the bridges for destruction. South Western Front was desperate to capture the bridges intact and had massed 267th Rifle Division in preparation to storm the crossings. As added insurance one regiment of 35th Guards Rifle Division was tasked to help compromise the river line. 35th Guards was expected to liberate Barvenkovo, but Izyum was of such importance that more of 35th Guards could be tasked to help clear the city. (Size, Small) This scenario is recommended for HTH or Soviet vs. the AI. This is a good little scenario to practice contested river crossings. It's a race to clear the river and then storm Izyum. For the Germans it's a challenge to slow the Soviets at every opportunity. Don't forget to get the engineers moving immediately to the bridges to blow them.
Show Complete Player Voting Stats
Show Complete Gaming Records

burroughs
If one likes the period and theater,confined spaces and the level between tactical and operational- then why not? ...