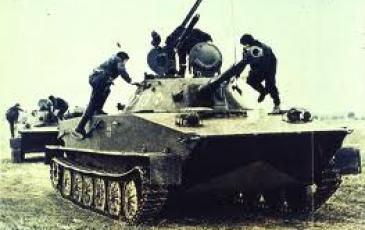 Main and Itz river valleys, 45kms N of Nurnberg, June 10th 1985: NATO was under some pressure from the West German government to not give up ground as easily as had been happening in the first few hours of the battle. The Germans were fighting for their homeland, not some foreign country where they were posted for a couple of years. In the area north of Nurnberg, the ancient city of Coburg had already been given up, and the next historic city to go would be Bamberg, unless some sort of action was taken. It was decided to use the troops already in the area to blunt the 20th Motor Rifle Division's advance, at least until Bamberg could be more readily defended. [Size, small] Designer Note: This scenario has been optimized for Human vs Human play.
Show Complete Player Voting Stats
Show Complete Gaming Records

burroughs
Even the best WarPact commander may easily get robbed of his victory by the sheer lack of time no matter how superb his operational plan is and his tactical assumptions correct.