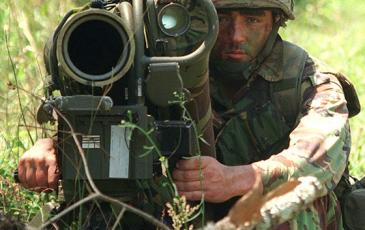 The Horn Gap and Bad Driburg Pass, near Paderborn, June 12th 1985: The 20th Guards Army had made very good progress heading to the Rhine, but had stalled south of Hamm. The Army commander was getting impatient and was moving both of his follow up divisions to deliver the coup de grace. They were heading west at high speed using the Horn Gap and Bad Driburg Pass, the traditional "Warrior's Paths" through the Teutoberger Wald. In fact, maybe they were moving at too high of a speed, they were vulnerable on the flanks, but they were confident that NATO was on its last legs, at least here in the NORTHAG sector. But things were not going so well for them in the CENTAG sector, and NATO had a couple of surprises lined up for them. [Size, medium] Designer note: Play as Human vs. Human.
Show Complete Player Voting Stats
Show Complete Gaming Records

burroughs Thu Jan 15, 2015 8:12 pm
Complete WP Army - and in their doctrine and nomenclature it delineates a corp, motorized or tank most likely - takes on an American armoured division and separate British, Belgian and West German brigades.

Eckerslyke Mon Nov 25, 2019 12:12 am
For NATO it is like shooting fish in a barrel, due to their advantages in equipment. WP has to work very hard just to stay in the game.