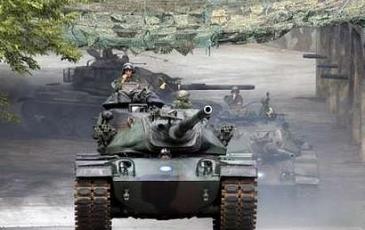 Western flank of the Korean Peninsula along the Yellow Sea, June 15th 1985: For ten days war had raged in Europe between NATO and the Warsaw Pact, when the North Koreans attacked. Perhaps the most important push was in this sector where the 1st Corps of the Korean People's Army, was poised for a double thrust on Seoul with the main drive crossing Freedom Bridge along MSR1 down the western corridor. The ROK was fortunate to be able to call on assets from the US 2nd Infantry Division in its effort to stem the tide. [Size: small] Designer's notes: North Korea takes full advantage of its doctrinal shock effect by utilizing tunnels under the Demilitarized Zone and carrying out both airborne and amphibious operations. This confusion cripples the US and ROK chain of command in and around Seoul for much of the first day until the situation can further develop.
Show Complete Player Voting Stats
Show Complete Gaming Records