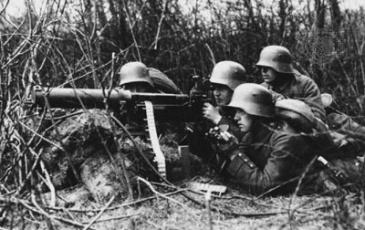 Ypres, France, 18th October 1914: As the Belgians fell back to the Yser Canal after the fall of Antwerp, the two fresh British divisions that had arrived in early October to assist them now moved to take up positions on the Belgian flank. The British 7th Division and 3d Cavalry Division took up forward positions on the east side of the Yser around a little known, and difficult for most Englishmen to pronounce, town of Ypres. Once sufficient forces could be brought up, Sir John French had a plan to use this bridgehead position to launch an offensive towards Menin and then, perhaps, on to Lille to roll up the German flank, or northeast to the English Channel to cut off the German 4.Armee. As more British and French units moved into this bridgehead and as the Germans exerted massive amounts of pressure against it, a salient would eventually be formed which would become the scene of many years of bloodshed. [Size: medium] *See the notes document for information on scenario design decisions and historical notes.

burroughs Mon Aug 14, 2017 11:01 am
Well, we fared worse that the historic counterparts in terms of the land grab, but smashed the Entente forces quite badly, with not only a single Irish battalion surrounded and wiped out, but a couple of along with some Allenby's cavalry squadrons. The Brits were grimly hanging onto their positions by the victory was constantly evading us the skin of our teeth.