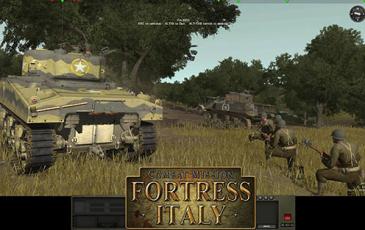 As the British move up the east coast of Italy, the German's rush to reinforce the port city of Termoli.

Mad Mike
Huge battle (over 1200 men on the british side alone + dozens of tanks)
Too big for an easy, enjoyable game .. definitely work.

KeBrAnTo
Boring map for the allies as it is a Turkey shooting for the axis since turn 0.
Way too unbalanced the game IMHO.
If, as the story tells, Termoli town was captured by surprise by the allied paras, I do not understand how the German forces are so well positioned since turn 0, already completely surrounding the town, over the high ground, over the path to the city, they're dug in everywhere, when they were supposed to be in a shock and disorganized after the paras took over the city.

Duff Wed Oct 07, 2020 2:24 am
Well MY harbor/beach landings didn't work (vs. Lond0ner) but that doesn't mean others' wouldn't. Still, it would be a help to any Allied player to have a bit more of a sense of what's going on in this scenario that I managed... Lond0ner isn't giving himself enough credit for having successfully positioned himself to foil the beach landings. I think this is a very entertaining scenario to play once ... but I also think it has no replay value because once you see the sequence of things, too many gimmicky tactics will become possible.