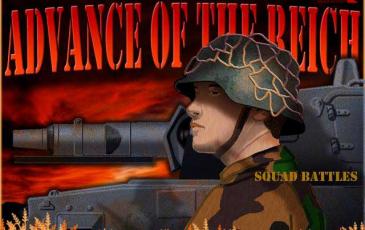 Original Design by Xavier Vitry, published in ASL Journal 7 BORODINO, RUSSIA, 16 OCTOBER 1941: The armored spearheads of the 10th Panzer Division had reached an important railway junction on the road to Moscow. Kampfgruppe Hauenschildt, part of the 86th Schuetzen Regiment, was tasked to hold the Borodino Train Station while the armored elements of the division were to push forward east. But the Russians were determined not to let them! Aftermath: The Germans were still arriving in the area trying to secure the hamlet when a full battalion from the 322nd Rifle Regiment launched its attack, only a few hours after the fall of the train station. After a few minutes, the surprised and outnumbered Germans were literally wiped out, despite receiving reinforcements at the start of the Russian attack. Despite heavy casualties, the Russians had won the day again slowing down the German advance towards Moscow.
Show Complete Gaming Records