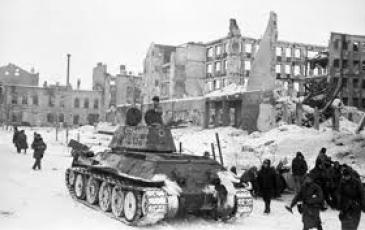 Vertyachiy, 50kms WNW of Stalingrad, Aug 23rd 1942: On August 21st the German LI Korps established two bridgeheads over the Don near Luchinskiy and Vertyachiy. These were rapidly secured so that about midday, on Aug 22nd, pontoon bridges had been built and the 16th Panzer Division was rolling across the river. The next morning the armored spearhead rolled east over the sun baked steppe towards the Volga. They received massive Luftwaffe support along the route, reached the river late in the afternoon, cutting a corridor across the 40 mile stretch of land between the two great rivers. [Size, small] Designer's Note: This scenario is loosely based on this event.
Show Complete Gaming Records