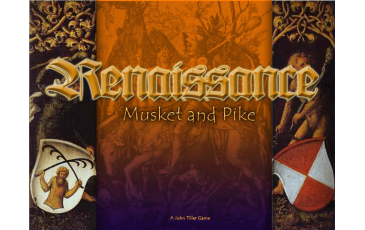 agmoss99 Thu May 29, 2014 2:02 pm
Tough for the Scots. The pike blocks once disordered become less effective. The geography favours the defender. Many units are E grade and rout quickly. The longbow is a killing machine. The best way to achieve at least a draw is not to attack the English!

agmoss99 Wed Feb 18, 2015 8:05 pm
The English longbow is murderous in this scenario. Too powerful in fact given it was a wet day and it wasn't as effective as it could have been.

agmoss99 Mon Nov 30, 2015 10:44 am
The English longbow is powerful, even skirmishers can pack a punch. On the other hand the low quality units on both sides means routing is commonplace so units don't fight to the last man.

Fhil Mon Nov 30, 2015 10:47 am
Those longbow units are like medieval Katyushas! The scenario is very interesting, a real bloodbath!

agmoss99 Sun May 01, 2016 10:25 am
The English longbow is a murderous weapon in the game. Historically at Flodden it didn't work so well due to rain,

agmoss99 Sun Nov 13, 2016 1:12 pm
The game starts as a draw. To win the Scots or English have to attack. Pike blocks are useless in the terrain. The English longbow is a killing machine.

Blitz Shadow Player Frid Dec 07, 2018 4:22 am
Scenario seems to encourage both sides not to attack, or pay the price for doing so.

Blitz Shadow Player Frid Dec 07, 2018 4:27 am
I looked at the history of this scenario. Not a single game ended in a Scottish "win". Since the English seem to have the advantage, it might be wise to change the starting points to reflect this for balance?

molokop1us Thu Mar 11, 2021 4:59 pm
The Scotts were holding their own until about 2/3's of the way through. Then, in typical Scottish brashness, they broke ranks and tore in to the English. Well, the Scotts never recovered after that. Within a few turns the Scotts suffered 1,000's of casualties. This was a great match and well played by my opponent.